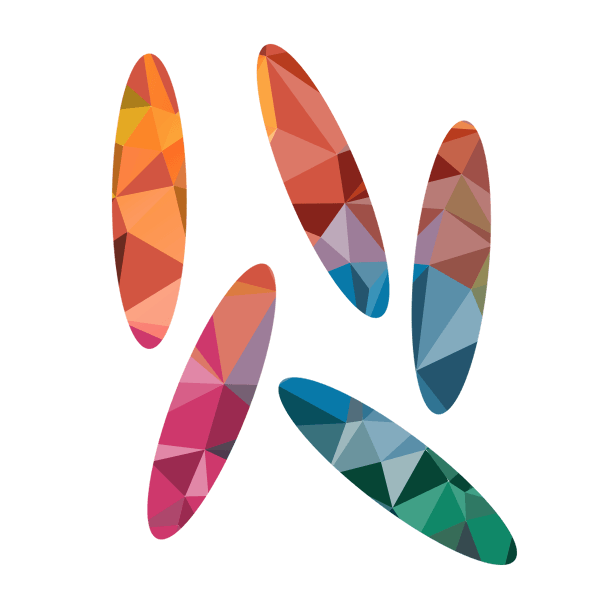 Key issues in adaptation and scale

In this module, we start with some basics of adaptation and scale up. The goal is to make sure there is common language and thinking as we set off on the journey.
Download the Guide
Module 1

Will it Fit? How Will it Scale?

A Journey of New Thinking and New Action

Welcome to Module 1 of this Guide. This is the first step in adapting and scaling up activities designed to end violence against children using the INSPIRE approach.

A guide is often used to navigate a journey. This particular journey will require both new thinking and new actions. This Guide includes tools to build thinking and understanding. There are also tools to help apply that thinking to take action. This means some tools are less technical, while others require more background knowledge. That is by design: We want to make sure our thinking and actions are aligned. If we only focus on new ways of thinking, it will not result in practical actions needed to end violence against children. If we only focus on new actions without thinking through them carefully, our results may not be sustainable. We need both!

This module includes tools that will help your team establish common language and thinking around adaptation and scale up.

SHOW ME THESE TOOLS

Scale up is something most National Coordination Mechanisms have talked about, though they may use different terms like spread, dissemination, or replication. Often, people assume scale up just means doing the same activity in as many new places as possible. However, research shows that scale up is not as simple as doing more of the exact same thing. Scaling up an activity requires understanding and adapting the activity to new environments.

The strategic and intentional process of spreading a model activity to new sites and/or new populations in a sustainable way through both horizontal- and vertical-scaling.

The graphic below offers a simplified, big-picture version of what we mean by scale up. This picture can be used to provide a common way of understanding and communicating about scale up. As you can see, there are five key elements to scale up, each is further explained below. The graphic also shows that these elements constantly interact and shape each other.

Environment of violence against children

The context in your country, including things like social norms, policies, historical events, economic conditions, and everything else that has shaped the problem of violence against children in your country.

The graphic below shows how these tools combine to create an environmental assessment.

While it is important to do an environmental assessment at the beginning, it is best to update and revisit this assessment regularly throughout your scale-up journey. Remember, the environment is always changing, so understanding and tracking that change is necessary in order to have successful and sustainable scale up.

A group—convened by governments—which is authorized to oversee and monitor a country’s action plan to end violence against children.

The National Coordination Mechanism, as well as an invited group of community members who provide greater skills and knowledge for adaptation and scale up.

Activities is a broad category. Within it, we include things such as projects, programs, innovations, or interventions. In this Guide, we will call all of these things activities. Activities are the structured and implemented approaches to ending violence against children. The National Coordination Mechanism + Resource Team focus on coordinating and supporting activities to end violence against children throughout their adaptation and scale up. A key first step is to assess each activity and decide whether and how to scale it up. Also in Module 2, we spend considerable time looking at these decisions. You will find tools for assessing the evidence base of activities, as well as a specific scalability assessment to use to choose activities for scale up.

Any form of work to end violence against children that can be adapted or scaled. Activities may be practices, components of a project, entire projects, innovations, interventions, or programs.

An organization that is responsible for implementing a related activity to end violence against children.

The final key element is the adaptation and scale-up strategy this Guide will help you build. The action plan sets the country’s objectives in ending violence against children, and the INSPIRE approach helps us to create supporting strategies to meet these goals on a national scale. The INSPIRE adaptation and scale-up strategy is the centerpiece to all of this work. It shapes interactions among all of the other key elements and is, in turn, shaped by them.

A framework for cross-sectoral collaboration to advance evidence-based activities to end violence against children.

While each key scale-up element may seem distinct, it is important to remember that they are interconnected. They are within the environment of violence against children, but they also shape one another and the environment at the same time. Scale up requires us to constantly think about these key elements and their interconnections in order to develop, manage, and adapt our scale-up strategy.

Adaptation means changing our plans to fit a new environment. Adaptation can be reactive, when something happens unexpectedly and we change in response. Adaptation can also be proactive. During scale up, the National Coordination Mechanism will need to think ahead for future adaptations before they are needed. You will need to identify parts of activities to end violence against children that may need to change in different environments. Adaptations will also be constant, as the environment is constantly changing. The complex and shifting nature of the problem of violence against children requires adaptation. This is why adaptation is critical for sustainable scale up.

The intentional process of making modifications to a model activity so it can be transferred from an original model site to a target site(s).

The game What Could Possibly Go Wrong? (Tool 1E) is designed to get you and your colleagues talking about your previous (or perhaps future) experiences with adaptation. You will probably talk about many different kinds of adaptations to activities that were made–or should have been made. Most of these adaptations were needed because of differences in the local context, or because of unanticipated changes in the environment. Some common types of needed adaptations are in:

A big question with adaptation is, “At what point have we changed an activity so much that we are actually doing something entirely different?” The degree to which an activity keeps the parts that made it successful is called ‘program fidelity.’ Deciding what defines an activity, and when it loses fidelity, is a complicated but important task. This is because too much adaptation risks changing the activity to something that is not supported by evidence.

Activities will rarely be faithful to every specific practice, but careful adaptation should ensure that they are faithful to the principles that the practices embody.

Since we have to adapt to new environments, the fidelity of an activity is a risk we must always consider. When adapting, we should seek to ensure the adapted activity will still be effective and meet the purpose for which it was designed. An activity can be successfully adapted without changing it entirely by keeping core elements the same and by making sure the activity remains grounded in evidence. This Guide will help you to define these core elements later on, in Module 4.

Preconditions and Risks to Adaptation and Scale Up

Whether your country has developed a theory of change or not, all action plans suggest the intended results. The National Coordination Mechanism + Resource Team should pay attention to their assumptions about the preconditions and risks in their action plan to end violence against children. Using Tool 1F, you can deepen understanding of these assumptions; pay attention to them at every point during the adaptation and scale-up process; and, with Implementing Partners, plan actions that will address them as needed.

The circumstances that must be in place to reach the goals of an activity.

Possible obstacles in the environment that may be a barrier to reach the goals.

1AElements of a Scale-up Framework

A graphic depiction of the elements of scale up and how they interact.

An exercise to create a historical timeline of actions and actors ending violence against children in your country.

A group exercise taking stock of the environment to identify opportunities for and risks to scale up.

A grid to map the many scale-up actors and to think about their roles and potential to affect scale up.

A game for members of a team who progress across the game board by naming and discussing different sources of complexity that may require adaptation.

A visual format to surface risks and necessary preconditions of scale up that are embedded within your action plan to end violence against children and consider actions and activities that would be needed to address them.

A guided reflection and check on progress—focused on what is emerging and high priority at the moment.

We have come to the end of this first stage of the journey; we hope it has been an interesting trip so far!

When discussing your reflections on this module, did the team have any interesting insights?

It is important to document your learning and the actions you will take, then check back to note when those actions have been completed.

Use Tool R1 to list up to 3 insights that the team found valuable and important. Then decide and record how those insights can be turned into concrete actions.

Additional Resources on the Basics

Now that you understand the basic concepts of adaptation and scale up, you are ready to strategically choose the partners and activities you’ll need to achieve your action plan goals. Module 2 will help you set priorities and criteria for building a Resource Team, as well as for selecting activities to scale up.